Why I Took The MCAT Early In Undergrad

Work with Henry or another MCAT Mastery Mentor by signing up for 1:1 MCAT strategy coaching here →

Taking the MCAT early can mean different things for different students. When are you planning to take your MCAT and are you sure you’ll be writing it at the right time for you?

Maybe you'll get a better idea by answering this question:

Is it better to take the MCAT earlier, rather than later?

If you’ve given it some thought, even figuring out the right time to write the MCAT can be a big decision to make. After all, writing the MCAT is something that is usually paired with months of preparation beforehand, which itself is a huge commitment.

The MCAT is stressful enough just to write and prepare for and we remember asking ourselves why deciding when to write it has to be stressful too?

For me, taking the MCAT after my sophomore year was early because I hadn’t taken all my recommended pre-med classes before then.

However, what’s considered early will vary from person to person, so remember not to get too stuck on any one person’s timeline (including mine) if it doesn’t make sense for you!

For those of you who do feel ready to write the MCAT earlier on, there are lots of unique opportunities and benefits that you can take advantage of. Some of these are opportunities that you normally wouldn't get if you decide to take the MCAT later.

So in this video and post we’ll be weighing the pros and cons of taking your MCAT earlier rather than later.

Pros of Taking the MCAT Early In Undergrad

You have more time than the other applicants.

As pre-meds, time is the most valuable resource we have. A pre-med who writes their MCAT later may be preparing while completing other medical college application portfolio documents.

For many people, it can easily get overwhelming having to juggle both MCAT prep with med school applications and this can cause your overall application to suffer, and that’s the last thing you want.

By taking your MCAT early on, you’re able to avoid juggling several different medical school requirements and just dedicate an entire summer for your MCAT prep and nothing else.

And then you’ll be able to focus more on your med school applications and extracurricular activities!

If you're looking for plans and strategies to help you get started with planning your MCAT prep, check out our article on 'MCAT Study Plan of 515+ Scorers: How To Schedule Your MCAT Prep'!

If you end up getting a great score, that’s awesome! You’ll now be able to relax more later and can focus on classes rather than balancing them along with prep.

You could also use this extra time to enhance your extracurriculars to ensure you’re truly a well-rounded applicant. When summer rolls around, you’ll be able to dedicate the needed time to properly and thoroughly polish your med school applications and crush your interview prep.

However, this is the best case scenario…

What if you end up getting a score that you aren’t happy with?

Taking the MCAT early can also benefit you if you’re unhappy with your score because now you have so much more time to properly plan and prepare for your MCAT retake.

MCAT retakes are more common than you might think and planning ahead for a retake is much easier when you take your MCAT earlier!

Instead of having to turn your score around in the span of weeks, you’ll have months (maybe even a year!) to thoroughly redesign your approach for your retake.

This also applies to rescheduling! For students who opt in to taking the MCAT later, this could mean scrambling to reschedule or even taking an unintended gap year.

However, if you’re preparing to take the MCAT earlier and realize that you’re biting off more than you can chew, you can simply reschedule your test to a later date. Maybe even the following year!

If you're looking for more information on the costs to cancel or reschedule your MCAT, we recommend that you check out the AAMC website here!

Cons of Taking the MCAT Early In Undergrad

It can cost you a lot of money and time if you retake the MCAT.

While taking the MCAT early can save you a lot of time, it can also cost you a lot of money, especially if you end up having to retake.

Whether you take it earlier or later, you need to be confident that you will be able to do well by the time test day comes.

Some schools may question your decision of taking the MCAT early if you get a low score.

While retaking the MCAT is common enough, that doesn’t mean applicants should be going overboard with retakes.

If you’re not ready for the MCAT and score low, medical schools will see that. And while different medical admission panels will judge low first scores differently, you’re typically better off applying with MCAT scores that reflect that you were ready and prepared.

When I was studying for the MCAT, I realized that not many people I knew were taking the MCAT at the same time as me. If you’re taking the MCAT early, you might not be as easily introduced to study groups and other forms of group support.

That’s not to say that taking the MCAT earlier makes it impossible to form these kinds of groups and relationships, but it’s definitely harder than just having to ask your friends to meet you at the library.

You may need to self-teach concepts.

Taking the MCAT earlier means that you’ll likely be missing a few MCAT pre-reqs during this time, which makes things a little more difficult, but it’s far from impossible!

While having older pre-med classmates or meetings with fellow pre-meds in MCAT groups can help overcome the isolation aspect, any self-teaching fears can be overcome by realizing that MCAT preps will always entail self-teaching since undergrad courses rarely cover everything that’s needed on MCAT in the way that they’ll be tested.

So regardless of whether you’re taking it earlier or later, chances are good that you’ll still be in the practice of self-teaching some concepts.

Now that we went over the pros and cons, let’s proceed to…

Who's a good fit for taking the MCAT early?

If you’re the type of person who prefers to give your absolute all over a few things, rather than spreading yourself thin over many different things, you should definitely consider this approach.

If you’re a person who’s very internally motivated and loves self-teaching, then this approach might work for you too!

And most importantly, you need to be someone who’s already done their research on the MCAT and be very well-informed on the various sections, time limits, and the tried-and-true strategies to succeed.

If you know the HOW, the WHEN isn't that important.

Once you’ve figured out the tough question of when to take the MCAT, we’re here to help you with the how. That's the most important piece. If you learn how to study for the MCAT, regardless of when you decide to take it, you'll maximize your chances to get your MCAT score goal. Which is all that matters in the end anyway!

Our comprehensive MCAT strategy course in addition to tutoring services are great resources if you feel like you need some support getting you those top scores.

Every course is put together by a team of our highest scoring mentors to teach you the most effective strategies they learned when they were studying for their MCAT.

Finally, we know how difficult this journey can be, but it’s all worth it when you can say that you made it to medical school and are one step closer to becoming a doctor.

With something as big as the MCAT, it’s only natural that sorting things out will take time too. You’ll figure it all out soon enough and things will fall into place…

And before you know it, you’ll have aced your MCAT! 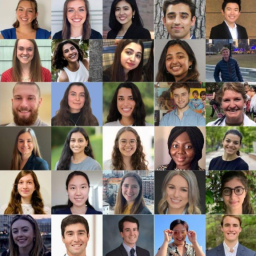 We're a team of future doctors passionate about giving back and mentoring other future doctors! All mentors on the team are top MCAT scorers and we all are committed to seeing you succeed in achieving your physician dreams

To help you increase your MCAT score to the competitive mark quickly, we have collaboratively created these self-paced MCAT strategy courses and are also available for one-on-one tutoring!

Learn more about each MCAT mentor

You may also like these recent posts we created for you:

How To Optimize Anki For Your MCAT In 4 Minutes (Our Favorite Anki Add-Ons)!

Want an MCAT tutor to hold your hand and guide you to your MCAT score goal?

You don't have to figure it out on your own. You don't have to go through plateaus, retakes, and disappointment as we did. Let us help you get your maximum MCAT score, so you can get into the med-school you want.

"I worked with [my tutor] mainly in B/B and she really helped boost my confidence. She pushes you to put logic in your answers and explain how you got there to her. I was really insecure about my ability in bio/biochem but her reassurance was everything! Just talking through my thought process with her and seeing where I need to take an extra step to make a connection or apply a strategy helped me increase my B/B section by 4 points in 1.5 weeks and 6 points from the start of my prep! Going into my exam with extra confidence thanks to her!" 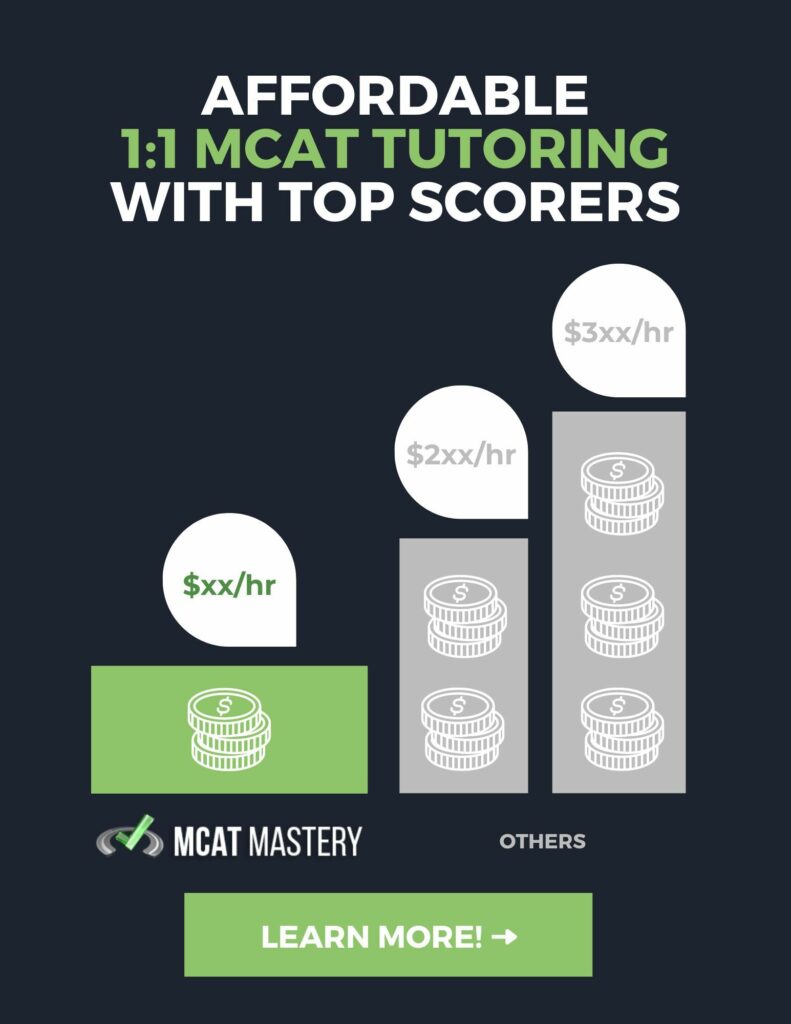 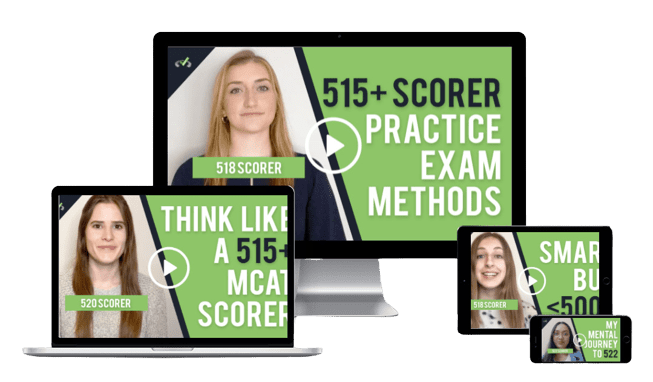 In these 4 free videos, you will learn from four 95+ percentile MCAT scorers (518, 518, 520, 522), MCAT tutors, and MS1's, on what's keeping your score lower than it could be, what to start doing to raise it, how to gain confidence in your MCAT prep journey, and proven strategies on how to leverage practice exams to skyrocket your score beyond the 515+ mark.